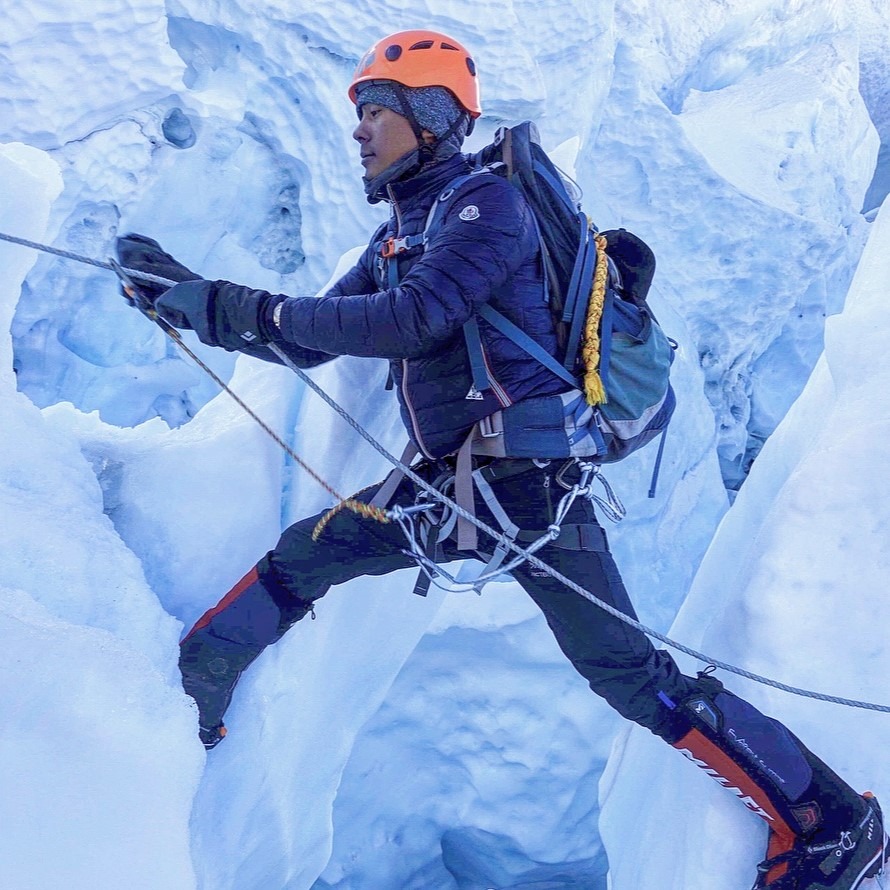 Karma is our company owner and a man of many interests. In addition to  being a climber of the highest mountains and living in New York City for 18 years, he was an Investment Banker in Wall Street and an Economics Professor in Manhattan before he moved back to Nepal for good after the Great Earthquake of 2015.

Currently he is a social entrepreneur and humanitarian involved in giving back to the underprivileged children and orphans via his “Good Karma”  initiative: Mainly in Nutrition, Education and Orphanages. In 2018, a multiple award winning documentary called “Good Karma: An Immigrant Story” based on his life’s story and humanitarian work was released.

Karma also owns Kathmandu Valley School, one of the oldest private boarding schools and Momo Karma, a famous Momo restaurant in Kathmandu. In his spare time he writes for Annapurna Express, a Kathmandu based weekly magazine and plays the guitar.

Karma will be leading groups in the Himalayas and abroad for our clients. And so far, he has summited Mt. Everest, Manaslu and Aconcagua (in Argentina) and he plans to continue to climb other peaks in the Himalayas.